The objectives of this research were (1) to study the effect of using token economy and social reinforcement to stimulate preschool children’s vegetable and fruit consuming behavior, and (2) to compare their consuming behavior before and after the research was conducted. The sample of this research consisted of 5 second-year kindergarten children of Khon Kaen Vithes Suksa School. Their ages ranged from four to five years old. They were selected from the researcher’s observation on their vegetable and fruit consuming behavior : they ate less than ¼ of the required amount of vegetables and fruit. Data collection tools used were a set of questionnaire for parents, an interview form to identify the reinforcement, a behavior observation form, a score recording form, and a form for recording rewards or incentives obtained. For data analysis, the statistical method used were the mean (x), and the Wilcoxon matched-pairs signed-rank test. The research results revealed that (1) the group that was reinforced by rewards or incentives in combination with social reinforcement consumed more vegetables and fruits; (2) with the rewards or incentives and social reinforcement, the score of their consuming vegetables and fruit was higher than the statistical significant level at 0.5. 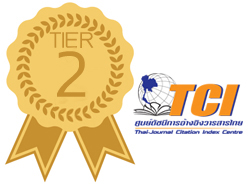