Plastic use and disposal have increased as a consequence of industrial development in most countries, resulting in plastic pollution in marine and coastal ecosystems. Several studies reported plastic ingestion by sea turtles, seabirds and marine mammals, however much less is known about the consumption of plastic debris by marine fishes, particularly in Thai waters. The aim of this study was to analyze the abundance of microplastics in gut contents of reef fishes in Trat Province, the Eastern Gulf of Thailand. The reef fishes were collected using fish traps during January – October in 2016. The stomachs of the fishes were removed, opened and then the contents were rinsed into vials. The abundance of microplastics in the fish was examined by hydrogen peroxide and floatation then filtration with saline (NaCl) solution treatments. A total of 17 reef fish species were collected. The most abundant species were Siganus canaliculatus, Sargocentron rubrum, and Lutjanus russellii. The microplastic sizes ranged between 500 and 4,000 µm. the highest abundance of microplastics was found in Siganus canaliculatus, while the lowest abundance levels were observed in Sargocentron rubrum and Lutjanus russellii. Most microplastics were blue and colorless fibers. This study highlights the importance of public awareness regarding microplastic pollution in coastal and marine ecosystems. 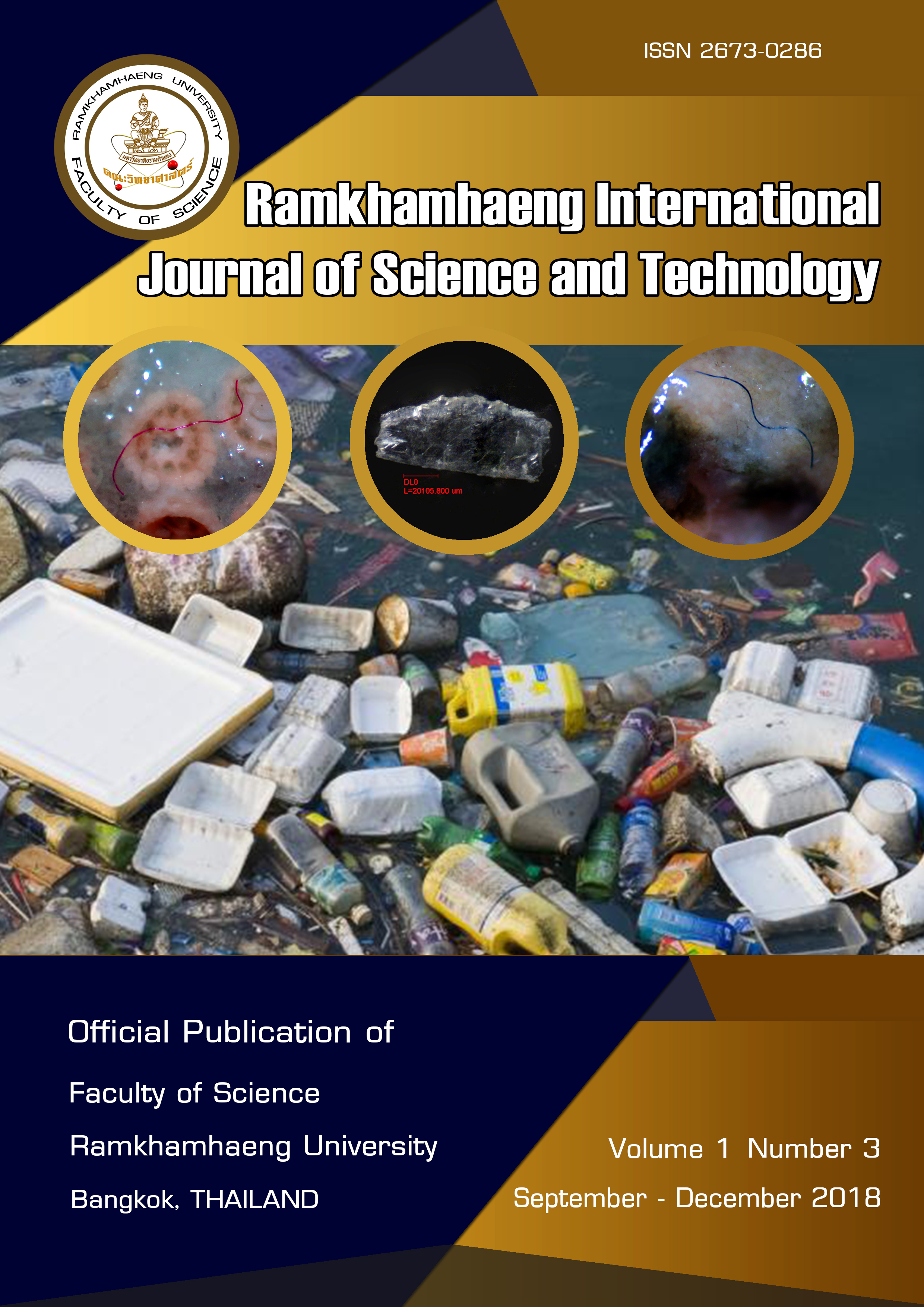