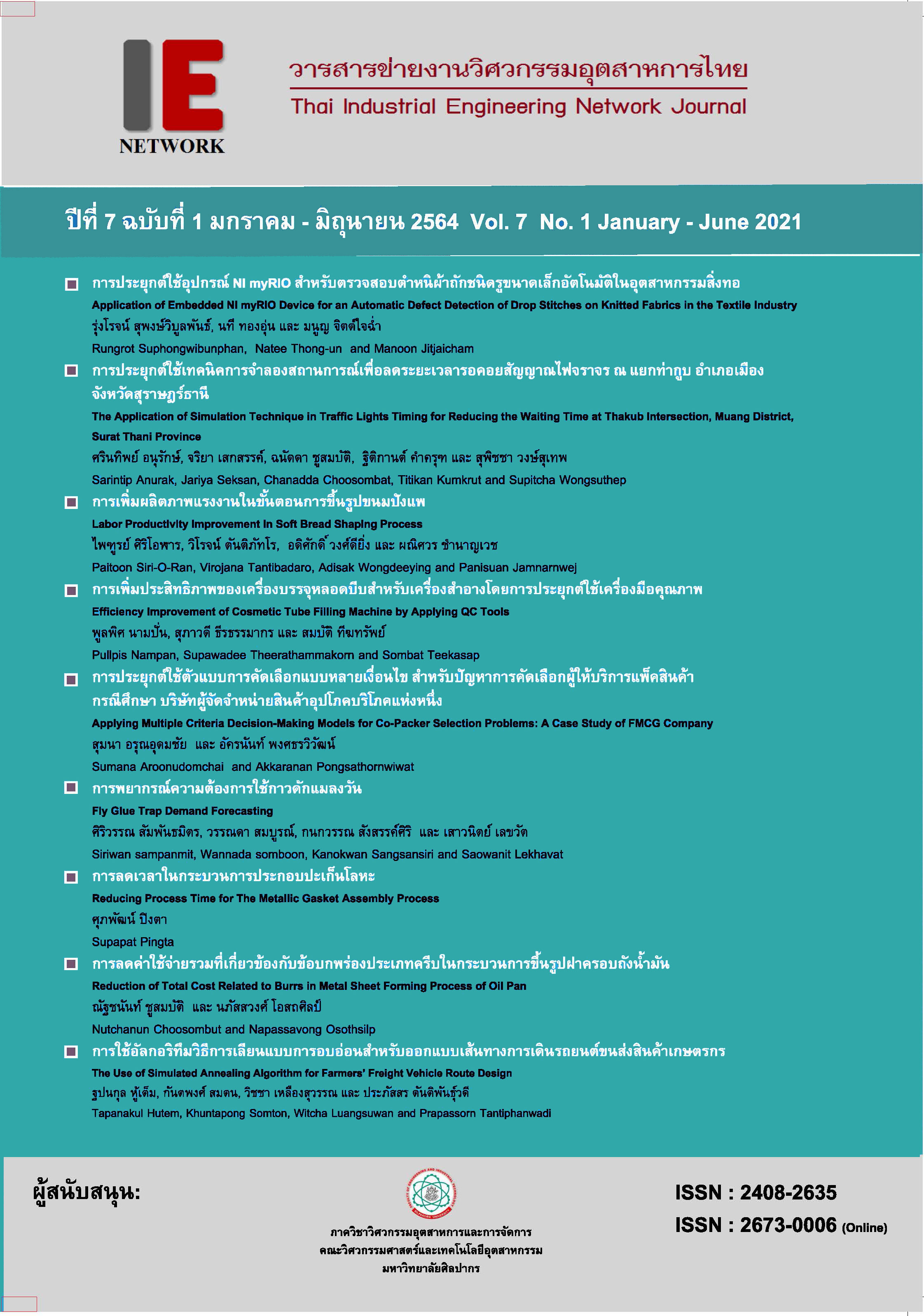 The objective of this research is to reduce defective rate and total expense in reworking burr defect in metal sheet forming process of oil pan. This research applied the Six Sigma approach with the aim to reduce the defective rate to 3 percent of current production volume. This research studied the factors causing burrs, which were the suitable horizontal plane distance, nominal force of pressing machine and tool life of punch and die. The improvement was to adjust original punch plane by smoothing the punch surface before punching the workpiece. Originally, when pumping the workpiece plane, it was found that the workpiece was uneven, resulting in a gap which caused high burrs. Subsequently, the optimum nominal force of pressing machine was adjusted. The adjustment was to applying 150 tons of force for strokes 1 - 13,000 and then changing the force to 220 tons for strokes 13,001 - 23,000. After 〖23,000〗^th stroke, then the punch and the die were polished and start counting strokes for the new cycle. After improvement it was found that the defective rate was reduced to 1.13 percent of the current production volume, resulting in a reduction in total cost related to burrs of 91,735 baht per 4 months.