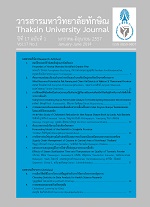 The purpose of this research is to create the proper forecasting model of the rainfall in Songkhla province. The average monthly rainfall time series of Climatological Center, Thai Meteorological Department ranging from January 2002 through December 2012 of 132 months are used and divided into two sets. The first series consists of the average rainfall in the first 120 months from January 2002 through December 2011 for creating the forecasting models by the methods of simple seasonal exponential smoothing, Box-Jenkins, and decomposition. The second series consists of the average rainfall in the last 12 months for comparing the accuracy of the forecasts via the criterion of smallest root mean squared error (RMSE). The result shows that the Box-Jenkins method by using SARIMA (1, 0, 0) (1, 1, 1)12 with no constant term is the most suitable for this time series. 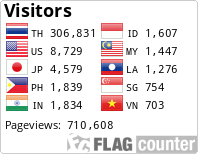