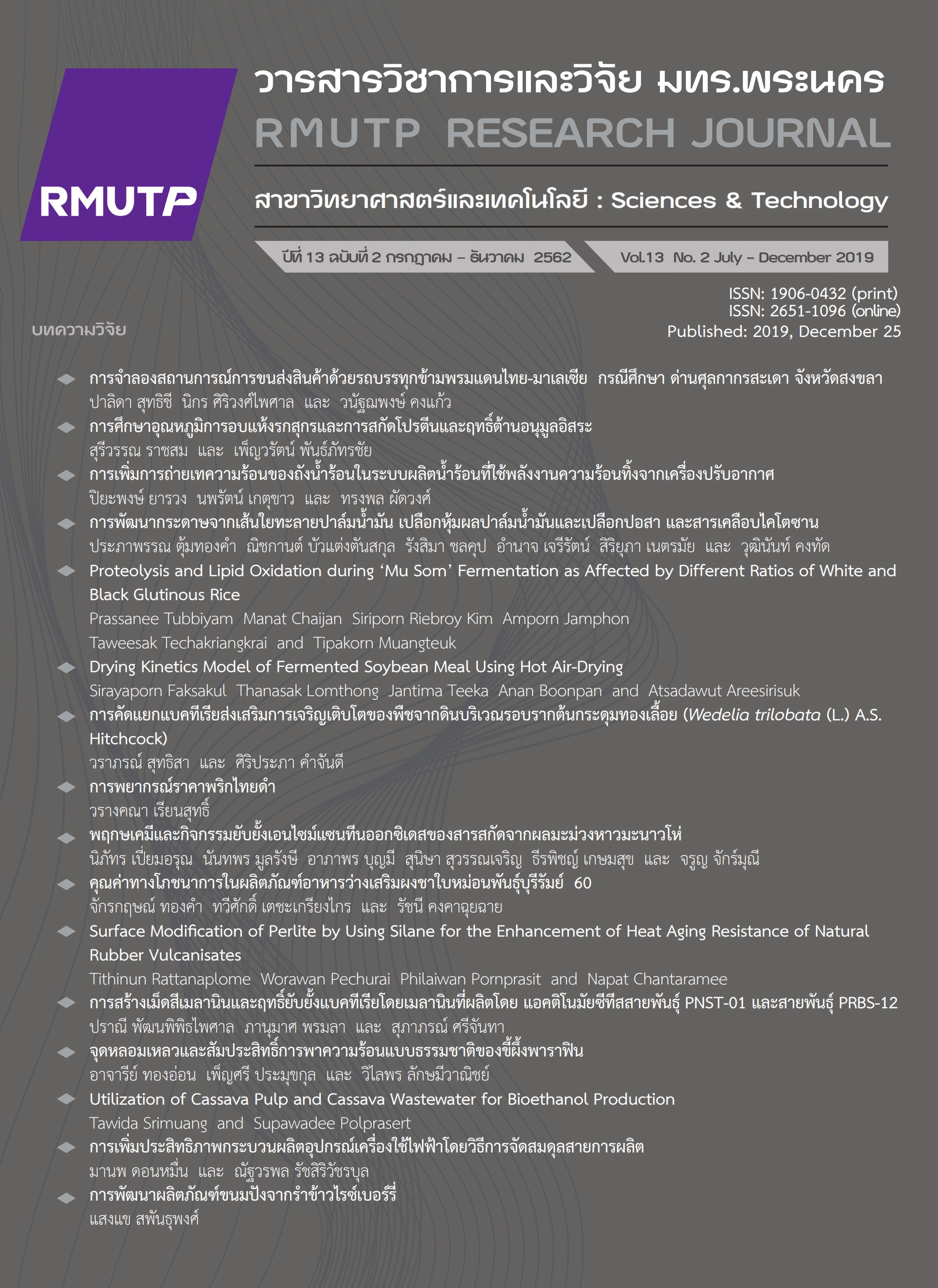 Changes in muscle protein proteolysis and lipid oxidation of ‘Mu som’ added with different white and black glutinous rice ratios (w:w) at 100:0 (W100), 75:25 (W75B25), 50:50 (W50B50), 25:75 (W25B75) and 0:100 (B100) during 72 h fermentation at 30°C were investigated. During 36 h fermentation, B100 exhibited a higher rate of fermentation than others as indicated by lowered pH and lactic acid production (p<0.05). Due to higher acid production rate, the proteolysis of muscle proteins as evidenced by the increases in TCA-soluble peptides and smaller molecular weight of proteins appeared as electrophoresis were more pronounced. These might contributed to higher released water and expressible water as well as pale color. Higher black glutinous tice, higher released water and expressible water were observed. The lipid oxidation in all samples was observed during fermentation. All samples had no difference in likeness scores of all attributes (p>0.05). From the results, the ratio of white and black glutinous rice might contribute to proteolysis which effected on released water of Mu som. 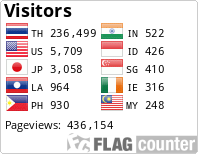