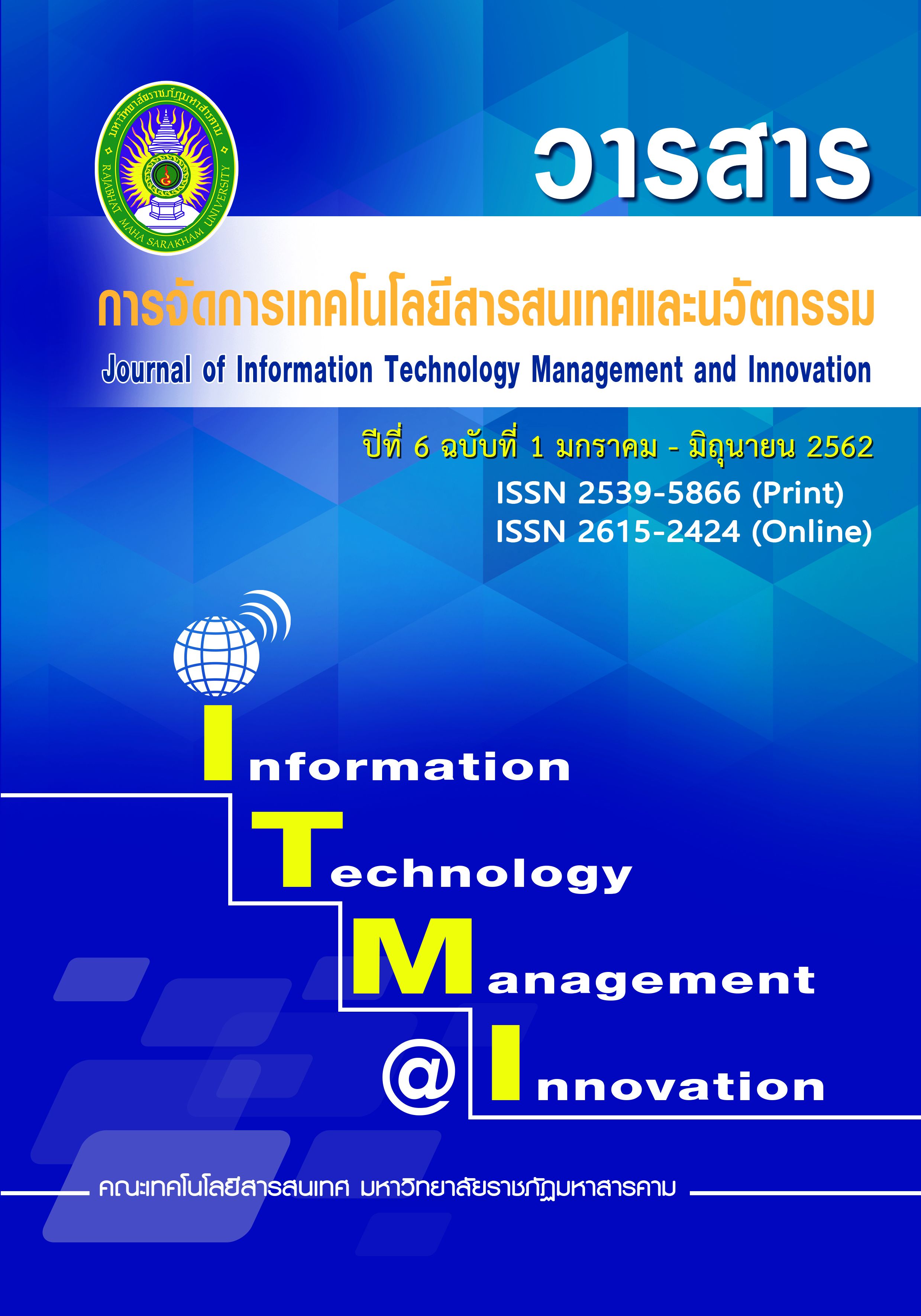 The research outcome was indicated as follows: 1. After the AR application had been developed, the outcome was classified into 3 types of products as below. 1) Marker as the postcards for 5 cultural attractions in Mahasarakham province including Phra That Na Doon, Khu Santarat, Khu Ban Khwao, and Kantarawichai Standing Buddha image (Phra Buddha Mongkol).
2) The 3D animated model for those 5 cultural attractions in Mahasarakham province. 3) An android-based application for those 5 attractions called AR Mahasarakham that allows the user to take photos and share them on any online communities. According to an evaluation on the application suitability concerning 3 issues including Applicability, Efficiency, and Usability, the total score of the application was notably high. 2) The tourist’s satisfaction and acceptance for the AR application was totally rated with high scores.